Derrick Ferguson: Who is Toi Thomas?

Toi Thomas: I am a big kid, a scared little mouse, a super hero, and a number of other things when I let my imagination soar. At the very core of me, I’m a God fearing wife, daughter, sister, aunt and friend; my family means a lot to me. But for the most part, people know me as a teacher, writer, blogger, comic book lover, music lover, and movie lover. 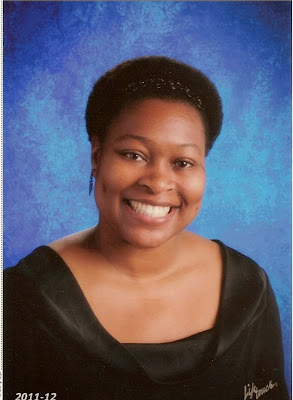 DF: Where do you reside and what do you do for a living?

TT: I live in what most people know as the Hampton Roads area of Virginia, formerly the Tidewater area. I live in a nice little city called Chesapeake which is located right in the middle of all the action. It’s just down the road from all the high life and tourism of Virginia Beach and the night life and commerce of Norfolk. I currently work as a special education teacher’s assistant and use my spare time to take on other interests and challenges.

DF: Tell us something about your background.

TT: I was born and raised in Texas so there’s part of me that still belongs to the southern mid-west and the good and bad that comes with that. All my life I’ve been a bit adrift. Everyone who’s spoken to me on a frequent basis will tell you that I seemed to have been born in the wrong time because of my maturity and my appreciation and affinity for things of the past.

DF: What are your influences?

TT: I am influenced by life. Everything I come in contact with and am exposed to influences me in one way or another. While there’s no denying the confidence that facts and relative truths can offer, I often find that the challenge of fiction makes more of an impact on my perceptions. I like knowing, figuring out, and or determining for myself just where fact and fiction collide.

DF: Which do you like better: writing fiction or reviewing movies and books?

TT: This is a tough question; it’s almost not fair. I like all these so much. Writing fiction is a creative process that breaks you down and tests your limits. Reviewing books and movies dares you to speak your mind and leaves your opinions vulnerable to challenge and critique themselves. I guess if I was forced to only dedicate my time to one, I’d choose writing fiction. I don’t think I could give up my habit of creative expression.

DF: What is your philosophy of writing?

TT: Most writers would probably look at my philosophy as self-torture, but it’s the way I work. I’ve tried, but I can’t seem to limit myself to specific genres, techniques, and tropes. I write what comes to me, but I also keep notes of inspiration that often lead to the intentional development of a story. I have a very methodical approach to my writing process, but my philosophy is quite loose and unstructured.

DF: How have you grown as a writer from five years ago to right now?

TT:  I still have much more growing to do. I never set out to become a writer, but it just became who I am. If I had known this was I path I would travel someday, I would have prepared better. I would have taken more classes and immersed myself in the writing and publishing culture during my youth when I was embracing classic films and literature.

DF: Tell us how you created the ETERNAL CURSE series

TT: The series started out as self-therapy, though I didn’t know it at the time. I had a reoccurring dream that I decided to start taking notes on and write out, but I couldn’t always remember what I wrote. That’s where my creativity was sparked.

Something compelled me to fill in the blanks of this dream and create this story and the characters. The whole process was time consuming and calming during a time in my life when I was going through some social, emotional, financial, and other personal struggles. Writing the first book in this series saved my life and when it was done, I knew I needed to keep it going. There was still so much more to share.

DF: Tell us about GIOVANNI’S ANGEL

TT: Giovanni’s Angel is a subheading or installment title. The whole first book is centered on the understanding of who or what is Giovanni’s Angel. Many different answers have been concluded about what the title actually means and like leaving it open a bit so readers can decide for themselves what Giovanni’s Angel really is. I will tell you that what most people quickly figure out is that while Giovanni is the hero and star of this series, the first book isn’t truly about him. It’s about another character’s discovery of him. 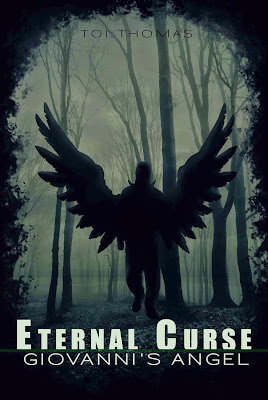 DF: What are your future plans for the series?

TT: I’m working to release the second book in the series by 2016 at the latest, but hopefully sooner. There is already a manuscript in the works for a third book and I’m looking and thinking of ways to diversify the book’s reach. I have dreams of doing a graphic novel, but at this point they are just dreams.

DF: You have your own YouTube video channel where you read excerpts from books you like, review movies or just goof around having fun. How did that start?

Well the truth is, I just got tired of not sharing some of the other crazy stuff that goes on in my head and thought that the visual media would be a good way to let it all out. There’s only so much I can share on my blog that won’t scare people away, so I figured this might be a good way to attract a different kind of audience. I was actually hoping to work with and promote some authors along the way, but apparently authors are camera shy.

When it comes to my content and my line-up, I decided that I need some original TV-like content or shows people could hopefully get into. I’m small potatoes now, but one day someone will get a greeting card covered in glitter and will go to You Tube looking for solace, where they’ll find a video of me ranting about why I hate glitter…Hey, a girl’s gotta dream.

TT: That’s a very good question and I wish I had an answer. I’ve tried to reach out to the writing community, but it seems that anything that veers too far from actual writing is looked upon as “sketchy” and or “gimmicky”. I guess some writers don’t feel they need to be social outside of their blogs. If they have a pretty big and loyal following I can’t argue with them, but it just seems like there are opportunities slipping away.

Another dream, or perhaps fantasy, I have is that there would be an emerging writer community on You Tube with its own shows, content, and fan-base. It’s not likely to happen at the current rate. I have this philosophy that “authors are just as important to the world of entertainment as music groups and movie stars”, but unfortunately there’s not enough of them out there acting like rock stars. I think they are all waiting to become New York Times Bestsellers first.

DF: Are you a plotter or a pantser?

TT: Definitely a plotter. I have been jokingly called “O.C.D.” by some, but I’m really not that bad. I just believe in always having a plan whether it be for a road trip or my next book.

DF: You’re quite the comic book geek as well. What comic books are you currently reading?

TT: I’m currently reading some back issues of Guardians of the Galaxy, The original Teenage Mutant Ninja Turtles graphic novel, before the turtles had different colors and distinct personalities, and I’m also reading some Martian Manhunter.

TT: Batman is my number one. Hulk is my number two. I have a tie for number three between Wonder Woman and Storm, but Storm- Princess of the Amazons from the Amalgam Universe is pretty sweet (She a mix of Storm and Wonder Woman.) I’m mostly a DC fan in terms of comic books, but in audio visual media it’s hard not to give Marvel the credit they are due.

DF: You ever thought of creating/writing comic books yourself?

TT: All the time; sometimes it keeps me up at night, but I don’t have the sketching talent for it and need training to developing good panel story plotting.

DF: What audience are you trying to reach with your work? Is there an audience for Toi Thomas?

TT: This is also a good question. I think my writing philosophy is holding me back a bit. I think there are definitive audiences for my individual works but as a whole, they are contradictory and confusing to consumers who just want to read a good book with no hassle.

I’m currently considering taking on some pen names to distinguish and promote my varied works to genre specific markets. It’s all a work in process.

DF: What’s a typical Day In The Life of Toi Thomas like?

TT: Sweet question; I like the way you’ve honed in on one of my monthly blog posts. A Day in My Life is not very exciting. I have a day job that is challenging and never boring. When I come home, my life becomes a balancing act. I scramble each day to find time to write, blog, read, exercise, cook, and spend time with my best friend (this dude I picked up ten years ago who likes to call himself my husband). For the most part, I wouldn’t change anything about my life. I like my struggles, but if I could opt out of my day job I totally would.

Derrick Ferguson: Anything else we need to know?

Toi Thomas: I don’t think there’s anything else I need to share though I could go on talking about myself if I felt like it. It’s a good thing I don’t feel like it most of the time. I’d rather talk about someone else, a good book, or a good movie. I am working to release a new book outside my Eternal Curse series in the months to come and will be starting my marketing strategy soon.

Thank you so much for inviting me to participate in this lovely interview. It has been a pleasure. 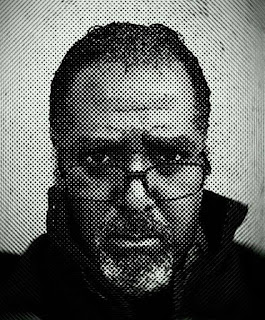